International Day for the Preservation of the Ozone Layer

On September 16, we celebrate the International Day for the Preservation of the Ozone Layer. The ozone layer, which is a shield of gas, protects the Earth against harmful rays from the sun. In doing so, it preserves life on our planet. It initiated with the Vienna Convention for the Protection of the Ozone Layer, which was signed by 28 countries on March 22, 1985, which confirmed scientifically the depletion of the ozone layer. Two years later, The Montreal Protocol on Substances that Deplete the Ozone Layer was drafted. This protocol controls and measures global production and consumption of detrimental substances and structured around a few groups of ozone depleting chemicals. This treaty is very precise in that it sets a timetable for the phase out of production and consumption of over 100 substances. It was so well-received that on September 16, 2009, the Vienna Convention and the Montreal Protocol became the first treaties in the history of the UN to achieve universal ratification.

In fact, former United Nations Secretary-General Kofi Annan stated “Perhaps the single most successful international agreement to date has been the Montreal Protocol.”

Furthermore, on October 15, 2016, the Parties to the Montreal Protocol reached an agreement at the 28th Meeting of the Parties in Rwanda to reduce hydrofluorocarbons, which are notable contributors to the destruction of the ozone layer.

This year’s celebration is very special because it is also the 30th anniversary of the Montreal Protocol. In relation to this, the Ozone Secretariat will launch a communication campaign called “#OzoneHeroes” for this day. This campaign will celebrate the major accomplishments, challenges, and next steps of the Montreal Protocol in preserving the ozone layer. It will be launched on September 14, 2018, and materials for celebration of this day can be found at www.ozoneheroes.org

To learn more about the scientific issue, please visit the following: 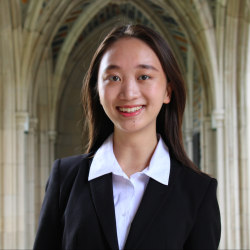