“I was taught that the way of progress was neither swift nor easy,” said Marie Curie, and I could not agree more. Throughout the years, women have struggled to make their voices heard, they have struggled to prove their worthiness, they have struggled to gain equality, and that struggle has been reduced but is still present. Women’s capabilities have been underestimated for as long as I can remember, and whatever men did, women had to do ten times better, and they had to achieve perfect outcomes to prove themselves worthy of even the slightest forms of praise. The world of STEM is no exception to this issue since it has been and still is dominated by men; therefore, integrating women into the field has been an ongoing battle. Women have achieved great things and helped change the world for the better, but one particular woman has caught my attention. She has pushed through all of the obstacles that lied in front of her, shattered stereotypes and social norms, and her work paved the way for advanced studies about the nervous system. That woman is Rita Levi-Montalcini.

Rita was born into a Jewish family in 1909 in Turin, Italy, and her family’s Jewish roots extended to as far back as the Roman Empire. She grew up in a house of six and was raised by Adamo Levi who was an electrical engineer and mathematician, and Adele Montalcini who was a painter. Ever since Levi-Montalcini was young, she wanted to become a writer, and she admired Selma Lagerlöf, a Swedish author and teacher. But after one of her family friends died of stomach cancer, she had a change of heart and chose to attend the University of Turin Medical School. Due to the family’s strict traditional background, Rita’s father discouraged her from attending college because he thought that it would come in the way of her potential life as a wife, but eventually, she was able to convince him to support her choice of becoming a doctor.

During her studies in the University of Turin, the histologist and anatomist Giuseppe Levi helped spark Levi-Montalcini’s interest in the developing nervous system, and the skills that she learned from him stayed with her throughout her entire life. Rita continued assisting Giuseppe even after graduating summa cum laude M.D. in 1936. A couple years later, Benito Mussolini, the prime minister of the Kingdom of Italy, issued the Manifesto of Race which was compromised of anti-Semitic laws that stripped the Jews of Italian citizenship and governmental and professional positions; therefore, she soon lost her assistant position in the anatomy department. She refused to submit to the situation and give up, so she found a way to resume practicing what she loves. During World War II, she set up a laboratory in her bedroom and started studying the growth of nerve fibers in chicken embryos, and the outcome of her studies led to further development in her future research. In 1939 she made the difficult decision to end her work at the University of Turin, not wanting to endanger her colleagues by their association with a Jewish scientist. After that, Levi-Montalcini was invited to join the Institute for Neurological Research in Brussels, so she traveled to Belgium. However, she feared that the Germans would invade Belgium and ended up returning to Italy.

Italy joined the war on the side of Germany, so the Allies began to bomb it. Due to the heavy bombardment of Turin during 1941 and 1942, her family fled to a nearby village. The invasion did not stop Rita from resuming her studies; she set up a laboratory in the corner of her hiding place under much worse conditions than her previous laboratory. Rita continued her research on fertilized eggs by borrowing some from a local farmer claiming that she needed to ‘feed her children.’ She would cook and eat the remaining eggs so none of them would go to waste. During the German invasion of Italy in 1943, the family moved once again and headed to Florence where they survived the horrors of Hitler’s Europe under fake identities and were protected by their non-Jewish friends. The family remained underground until Florence was freed from the German occupation in 1944, and Rita volunteered her medical expertise to aid an Italian refugee camp. A year after that, she went back to Turin along with her family and returned to work as a research assistant for Giuseppe Levi at the University of Turin.

In 1946, Professor Victor Hamburger, who was the director of the zoology department at Washington University in St. Louis, granted Rita a one-year research fellowship in his laboratory. He gave her the fellowship because he was intrigued by her articles which contradicted his findings, and he wanted to learn more about the nervous system by performing experiments with her. After the experiments proved that Levi-Montalcini’s conclusions were valid, Victor offered her a research associate position which she held for the next 30 years even though she initially planned to stay at Washington University for ten to twelve months. During that time, she continued her research on cancerous cells. For several years, Rita worked alongside Stanley Cohen to find out why these cancer cells grew abnormally, and what the cause of this growth was. This lead to the discovery of NGF (Nerve Growth Factor) in 1952, the protein that is crucial for the development and survival of nerve cells called neurons.

Ten years later, Levi-Montalcini divided her time between the research unit that she established in Rome and the United States. She directed the Neurobiology Research Center and later directed the Laboratory for Cellular Biology. She became the first woman ever to receive the Max Weinstein Award due to her outstanding achievements in the field of neurological research, and although the discovery of NGF was not popular at first, it then won Rita and Stanley the Noble Prize in Medicine or Physiology in 1986 making her the fourth woman ever to be awarded. Several years after that, she established the European Brain Research Institute (EBRI) in Rome which is a non-profit center that promotes brain research; the institute is now named after her.

Italy declared Rita a senator for life in 2001, and she used her platform effectively. At the age of 97, she made decisions regarding budget cuts backed by the government, and she threatened to withdraw her support if the science funding was cut. The funding was put back in, and her opposition leader, Francesco Stolace, tried to silence her, claimed that she was too old to vote, and sent her crutches as a mocking gesture. Rita’s age did not stop her from working and she continued to work till the age of 100. Levi-Montalcini never married and had no children, she said, “I never had any hesitation or regrets in this sense… My life has been enriched by excellent human relations, work, and interests. I have never felt lonely.” She died in her home at Rome at the age of 103 years, and by that, became the longest-living Nobel Laureate.

Although she has received many awards, that was not Rita Levi-Montalcini’s goal, she did what she did for the sake of science and discovery. And after receiving the Noble prize, she said that it was an honor, but that there is no greater thrill than discovery. This achievement enabled Rita to use her platform and reach out to others, show them the importance of science, and allow them to indulge themselves in it. Asides from that, her discovery had immeasurable effects on multiple scientific fields, especially related to healthcare. It played a significant role in understanding cell growth, deformities, and delayed wound healing. It also enabled researchers to study cancer differently, and paved the way for developing new treatments for diseases such as Alzheimer’s and Parkinson’s which affect millions of people worldwide. Rita was able to prove to the world that women and men are of equal importance, and that if we all worked together we can achieve great things. In addition to that, Levi-Montalcini strived to spread and encourage education until her last breath, she was a major advocate for science funding and women in science. In 2001, Rita started a foundation with her sister, the Rita Levi-Montalcini Non-profit Foundation. Its main goal is to provide educational support and scholarships to women and children in Africa.

Ever since we were children, our curiosity would lead us to many things, so we start playing around with the objects around us, we start mixing, observing, and sticking things together. In essence, that is how science works, it is sparked by curiosity and ends in a series of hypotheses and experiments. That is why a person does not stop learning science once they graduate, it is a way of life. Science is everywhere, from the food we eat to the air we breathe, and knowledge of science enables us to better understand the world around us and allows us to use our imaginations and explore endlessly. Without it, we would not be able to live long and healthy lives; moreover, several diseases would not have been curable or manageable if it weren’t for scientific research and experiments. The list of essentials that we cannot live without goes on and on, and they were all brought up in one way or another by science. Scientists, especially women, should be celebrated, and all of their efforts and achievements should be acknowledged in order to encourage further discovery, research, and technological advancements.

After doing my research on Rita, I was speechless. I found this quote in which she said,” If I had not been discriminated against or had not suffered persecution, I would never have received the Nobel Prize.” This shows us how Rita found opportunity in her struggles, and how she did not let anything come in the way of her deep love and passion for science. Consequently, I had developed a deeper appreciation for women’s perseverance and persistence in the face of racial discrimination and gender inequality. It had opened up my eyes and showed me that we have come a long way, and we still have an even longer road ahead of us. Change takes time, and the road to equality is not devoid of bumps and obstacles, but if people acknowledged the crucial role that women play in the development of societies, then we would all move forward together, hand in hand, towards the betterment of our world. 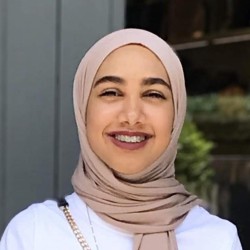 Enthusiast about bats and monkeys, MSc. Lucía Sánchez is an outstanding conservation biologist. Her...
Shining Stars

José Miguel Rodriguez Fraga: Committed to Equality and the SDGs

Recently, I had the opportunity to interview Jose Miguel Rodriguez Fraga, Mayor of Adeje...